This small piece created in Christmas Eve 2005, reminds me of Robert Johnson's "Rambling on My Mind"—just the title, has nothing to do with girls. It uses some pseudo-wittgensteinian jargon, and has some good moments. Please don't think I'm trying to do Philosophy here (maybe it started with some philosophical ideas, but became a divertimento soon enough).

The choice of certain words and expressions is always made from within the boundaries of a particular language-game. This peculiar activity we're engaged in intends display the limits of every particularity. Of course, just mentioning this does not proves the existence of this possibility, but the very engagement in this activity should demonstrate it.

What lies beyond particularities, the other in the absolute sense, is completely absent in this particular game, being the supreme obstacle on the playful mood of this endeavor. The understanding that its absolute and claustrophobic presence lies outside this artificial game is nevertheless correct. That is, the private joke is always at the expense of those who don't get it, and so not to understand the purpose of the game is to loose sight of what lies beyond the game and vice-versa. Particularities are funny.

There are certain conceptual inventions to be used, such as slight changes in the meaning of a number of expressions. Those changes can occur due to a complete rearrangement of the language-game, to an adjustment to a precise concept, and even just to a slight widening of range of a given concept. Sometimes a combination of these techniques is necessary to convey with precision the nature of the activity, or to open some of the possibilities that can be safely followed without compromising its integrity. The game is hermeneutic in its nature, yet since there are no permanent references for the concepts, their objectivity is transient.

The word "thought" is one such instance. When "thought" is said in this context, it is always referring to the particular game we're playing. When the mind races for another game or the ever-absent other, we call it "wandering". Of course, "game" seems to have a notorious obscurity, but its precise and unchanging (since it lies outside its own boundaries) meaning is that it always refers to the present activity, and not to any other. This "present" refers to any given particular.

We can think that to know all these complex variables, we would need a very complex system or scheme, but this is already to wander. The goal of this activity is to play the game, and this hopefully will reveal some of the traps any given activity can present to us. I intend this to be very complete, but I can never pretend to show all the possible traps. All these traps here are real but there are much more I can never dream of. Nevertheless, I didn't make the rules.

One of such traps is the notion of completeness. When we wander, it is impossible to complete anything. But when we engage in this, every single instance has a defined and complete meaning for the activity, otherwise it couldn't be present. So, this is what makes knowledge possible, yet not in the sense of something (such as a certainty) to be gained through any process, but in the sense that engaging in this activity and thinking are necessarily, in the definition and scope of this activity, one thing.

When I say "I know this", I'm referring to a particular whose relation with the game is clear. As in "I know this is a joke" or "I know how to play this game". If I wander I can in any absolute sense refer to my knowledge of the object beyond a particular game or set of games as itself an object of knowledge in a particular game; I can do that, but this new knowledge can be said to exist in that game only. Since my thought refers only to one game, two knowledges cannot exist about each other, or that would cause circularity, self-reference, paradoxes etc. That's why we can only satisfy the requisites of the game, not absolute criteria of any kind. Since that's the only possible use of the word "knowledge", anything else is just the wanderings for an universal solvent or philosopher's stone.

Of course, there's no claim of anything new occurring. As a matter of fact, the only new possible would be the other. Since the other is absolutely out of the scope of this game, although it is a concept of it and the understanding of its presence pertains to it, the situation of the word "new" is of the same kind. There are no surprises for those who play the game as it must be played, but if we miss the jokes, then we can have some surprises. This is a game where ignorance of the rules is necessary for the goal of the game to be achieved. Since one of such rules is the definition of the goal, there can be no strategy. We don't know who wins.

Then the question of fun arises. Would it be better for us not to be completely in the game, as to have a few surprises and partake of the other? Fun is not in the game; fun is to partake of the other. That's why to be completely in the game is to be missing the activity, although the activity occurs only inside the game. If there's no otherness about the game, then there's no sense of activity at all. That which is completely outside the game is the game itself, since the game cannot be thought through any of the wanderings outside the game. These considerations are wanderings themselves, because they can't relate to the game.

The expression "exists" can only refer to the game. Nevertheless, existence is not a particular game, but the very nature of game. The expression "x exists" is purely symptomatic of wandering. It is a confirmation, from outside, of a thing believed independent of the game. Of course, when we talk about existence and non-existence, we are talking about the fields of game and other, but with eyes from the game we point to objects as from outside it. In this way, to differentiate particular game objects from general game objects from no-game objects (other) although important, must be done according to the rules of the game. Since we must not know its rules in order to win, this is not a good strategy (of course, since it is a strategy). It makes no sense to say "the other exist" or "the other does not exist", since existence refers to the game. In the same way, games in general and a game in particular must be constructions of other games. Let's not make it sound a play upon words: general and particular are wanderings. The nature of thought is singular, and every time we jump from one thought to the other, we wander, and from the other come ideas of general and particular.

It must surprise us that wanderings and thoughts need to coexist, but it is important not to fantasize completion, and not to mistake the limits of game. Other is not thinkable, but it is it that which allows surprise and thought. In some sense, the only important thing is the other, the non-game. Although it makes possible all wanderings and mistakes, it is but a thought, a mere concept inside some game that refers to something that cannot be referred to. Like some concept which means "something it cannot mean", the paradox of a complete system being understood from itself: a completely mistaken consideration from the game perspective. Nevertheless, it remains. All paradoxes are divine, although not if we discover our playing leads to them.

But back to fun, since it is not possible to make the other into something it becomes a very slippery concept (to say the least). That's why the other presents itself in this particular game as wandering and fun. It is exactly because our finger cannot quite point at it, and it becomes clearly the source of mysticism, magic and religion, that maybe we come to dislike the idea of being made fools. God, in this case, is laughing at us, but more like a Cheshire Cat, more like poetry and myth, than with scorn. Maybe it is we are laughing at Him. Anyway, maybe to laugh is to loose it. I didn't laugh much writing this. Oh, I wished I could.

Other is not even discovery and surprise. What could really work here is thought, working inside the game and never grasping it: really serious and uncool, rarely opening itself to partake of the laughter he is being made of. Since fishes seemingly swim randomly most of the time, we can laugh at their serious faces. They don't mind. 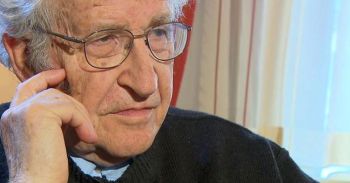 Postmodernism is an Instrument of Power 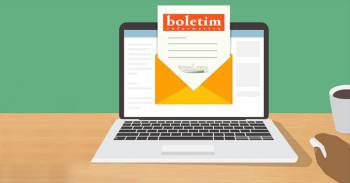 Subscribe to my newsletter to get the latest news about my activites and interests.
Pinheiro, new on tzal 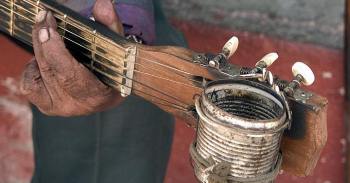 How can you help this website and Padma Dorje's activities.
Pinheiro 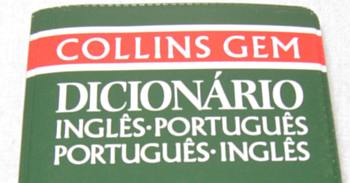